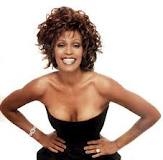 Yesterday they were part of motorcades and parades and mass fetes…fists pumping, hands waving, gyrating to the tunes selected by the talented DJs presiding over the proceedings at the various political rallies all over the island.  They lauded their leaders.  They lambasted their opponents.  They promised the world.  Oftentimes, their tone and language was geared to the masses.  These rallies where we saw them shine were in the main long on emotion and short on substance.

Then V Day (voting day) came and went.  A week or so after V Day, the party which won most of the island’s 63 seats had their own party leader “crowned” Prime Minister.  She then looked to those of her membership who had been victorious, contributing therefore to her own ascendancy, and selected her management team.  In this instance, she selected 20 senior managers, if you will.  She “restructured” the government…and I say “restructured” tongue in cheek, because what we’ve seen so far is to my mind, a re-naming of portfolios.  I have to wait and see the functions and outworkings of the governments are actually aligned to these new names before I hug up this “restructuring”.  Even in my own professional experience I’ve seen critical functions undergo grand renaming exercises under the guise of “restructuring” and the key performance indicators show little improvement.  What’s the point!

Some people had issue with the size of her management team.  To be truthful, that did not bother me. I am more interested in the output than the size.

I remain wary, however, of the role of the Minister and what qualifies him/her to be there!  The Minister, I believe, is supposed to be responsible for crafting policy, articulating a vision for the function and managing the resources of the state such that sustainable development is the end product of their efforts.  Can these people actually do that?  Do they even know where to begin?  Where did they learn their craft?  Yesterday they were pandering to the lowest common denominator and today they are senior visionaries and administrators?  I suppose that’s why God created Permanent Secretaries.  They’re supposed to be the technically sound experienced administrators…But in every relationship it makes sense to identify the power balance early on.  So let’s see: Permanent Secretary and Minister…hmmm…where does the power actually lie?  So who will therefore influence outcome?

I think I will call my brethren Lee Kwan Yew later this morning.  He seems to have gotten it right somehow.  Yes, yes, yes…he made us a tad bit uncomfortable in the way he seemed to embrace a sort of bureaucratic elitism and kind of played roughshod with our ingrained notions of the (grand) “rights of the individual” (we sometimes ignore the (grander?) rights of the society!).  Ideologies and philosophical debates aside, Singapore has a pretty good track record and I think just maybe, we can learn a little something about public policy, public administration and working effectively from my pal Lee.  We should be so lucky.

Let us track performance against what they promised (refer to the Manifesto and the Progressive Agenda).  If it’s too onerous to track all 20, choose 3 key ones and follow up. Write, speak out and question when their own KPIs are off track.