Happy Anniversary!
Today the land of my birth marks 50 years of independence from Great Britain.  Fifty years ago we sang our own national anthem and raised our own flag.   I went to primary, secondary and tertiary school right here.  I got married to a Jamaican in Jamaica.  My two children were born here and they go to school here.  I work for a Jamaican company here in Jamaica. However, I had to think long and hard before I started this blog post.  I am probably one of a handful of persons who has not bought a Jamaica flag to put on my car and I don’t own a Jamaica t-shirt.  Here’s the thing: anniversaries of any nature present an opportunity for introspection. “Looks like we’ve made it, look how far we’ve come…” And herein lies the rub.
There are two Jamaicas: one where the schools are clean and quiet and teachers speak respectfully to students.  And there is one where children crowd into noisy, hot classrooms and are expected to learn.  There’s one Jamaica where you get “justice” if you have the money to pay for it.  There’s another Jamaica where you are tossed roughly from side to side inside the bowels of the justice system and hope for the best.  You often don’t get it…  There’s a Jamaica that’s filled with boat rides to Lime Cay and outings to the movies and another Jamaica where you hang out on the corner to grab a little cool air.  There’s  one Jamaica that moves about in high off-the-ground air conditioned vehicles and another Jamaica that moves around in tightly packed public buses,  fighting to keep your soul sane on your way to work and school and where you long to get home in the evening just to do it all over again in the morning.  There’s the Jamaica where you dare not get ill on a Saturday evening or public holiday….  There’s one Jamaica where we lock up tightly in gated communities or behind high walls, where security codes are a way of life and King Alarm is on speed dial.  There’s the other Jamaica where  4 year olds instinctively roll under the bed at the sound of a gun-shot ( and they know the difference between gun shot and clappers!) and their mother prays that Babylon don’t kick in the door tonight and search up her teenage son and cart his ass off to only God knows where.
Even in the midst of enjoying the things that make this island uniquely Jamaican: hot beef patties from Tastee, ice cold red-stripe beer after work, sipping rum on the 7 mile beach in Negril, jamming to rockers at a party, cheering like crazy woman at Boys and Girls Champs at the National Stadium, watching on in amusement in a line somewhere as someone “kick-off” and start cuss how dem a tek too damn long fi do whe dem haffi do, I cannot ignore the two Jamaicas.
So many of our people have migrated in search of better…even now you see them on Facebook and Twitter seeking to get their “warm and fuzzy” on as they live vicariously through the feats of Jamaican athletes, seeking re-connection in Caribbean festivals in the White Man’s Land where they’ve opted to make life and living for the next reggae concert in their area.  They haunt local Farmers Markets for mango and pear and ackee in an effort to re-create Yard a yard. Who can really blame them though?   Talk shows and Gleaner articles are dedicated to instructing us though the immigration maze to a Brighter and Better Future.  The desperation in the voices that call in and the hope and anticipation coming out in the letters speak volumes about where we think our futures and those of our children lie.
And yet… and yet… I am absolutely a product of this island Jamaica.  My heart swells with pride when I travel and everyone knows Bob Marley.  I sense the envy of other nations when they remark: “Oh!  You’re Jamaican!”  I am well aware of the mystique associated with this Brand Jamaica: cool, tough, fearless, hip, creators of awesome food and music, the land of the fastest athletes on earth…This little impoverished, corrupt, beautiful, diverse, creative, colourful, famous, infamous dot of a place in the Caribbean.  And I am Jamaican.  Let me try to explain what this 50th anniversary feels like to me…
You get married full of love and hope.  The years go by.  There are ups and downs.  Times of prosperity and lean times.  Children come.  Challenges come.  You wonder if this is worth it…you say to yourself “I didn’t sign up for this!” You wonder if this is as good as it gets.  Unmet expectations and unsaid yearnings fill up your insides.  And then up rolls another anniversary.  You and your partner look at each other and without saying a word some memory of what brought you together prompts a smile.  You look at your happy well adjusted children, and forget the school fees  looming.  You squeeze each others’ hand and remember the hope that you started this journey with and you whisper: “ Happy Anniversary.  We’re still standing.”  You mark the anniversary, not because all is well, but because in spite of all that is not well, you remember why you are together and you hold on to the hope that things can and will get better.
Happy Anniversary, Jamaica…Land of My Birth.  There is still so much I love about you, and things can get better. 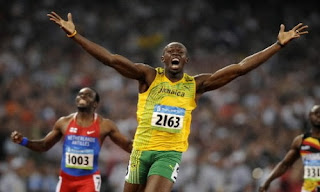 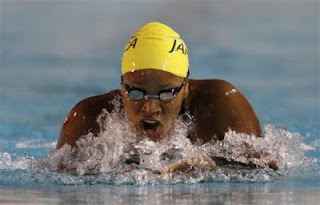 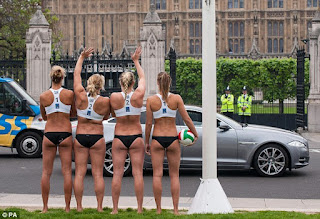