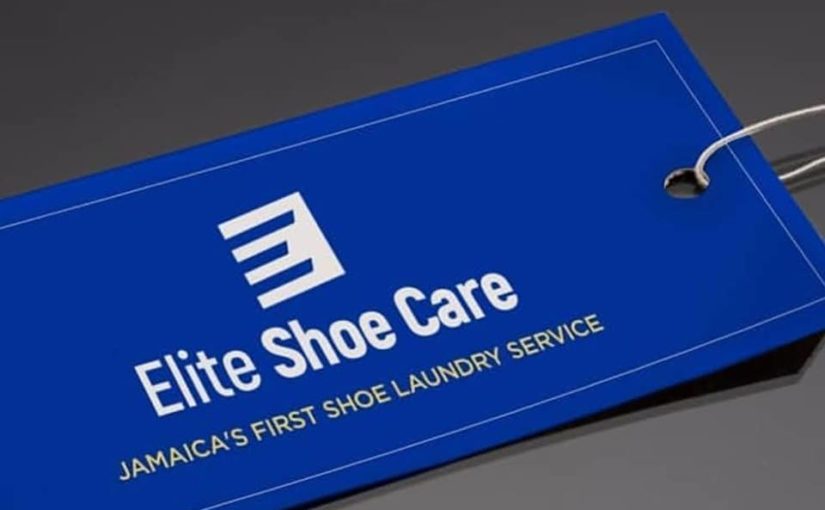 I literally stumbled upon a great, new small business right here in Jamaica and then I had the pleasure of sitting down with the owners/operators and chatting with them. I left our conversation shaking my head in wonderment and wishing that we could replicate their spirit across the length and breadth of this island. The Instagram account was what had caught my eye. The pics were mostly befores and afters of shoes of every description. Grungy looking sneakers were transformed into new literal works of art. Leather shoes, both men’s and women’s, were revitalized and good to go all over again. Bridgett sandals that were worn and shabby were reborn into their shiny new, well heeled former selves. I saw shoes that had they been mine, I’d have dumped them, restored so perfectly that I was amazed. And all of this was happening right here in Jamaica! What was being showcased was way beyond basic shoe repair. I had never seen this before

END_OF_DOCUMENT_TOKEN_TO_BE_REPLACED
He called me before 7am, voice thick with distress.
“Kelly: I really didn’t go to business school to deal with this.”
“What’s the matter, my Friend?”
“Kelly. Kelly. Kelly…” And he related this tale of woe to me.  But before the tale of woe, some background and context for you, Gentle Reader.
My Friend is the distribution manager at the main distribution center of a large retail organisation in Jamaica. He has many,many years operations experience under his belt and is the holder of an MBA from a prestigious business school.
The organisation that he works for just invested a significant sum of money, literally millions of US dollars, upgrading their warehousing & distribution capacity and capabilities. The project provided employment for scores of Jamaicans in the inner city community of Kingston where the new distribution center (DC) is located.
My Friend complained. He was the voice of defeat tinged with disgust:
“Kelly. Kelly. Kelly. Dem a fling shit over the wall into the DC.”
Residents of the community adjoining the DC had resumed the practice of “kiting”. Nope. Quickly dispel those images of wide open spaces, breezy days and colourful kites being danced and flown by carefree children laughing gaily.
No.

“Kiting” is the practice of defecating into a black plastic bag (we call it “black scandal bag” here on the Rock), knotting the bag and slinging said bag with its contents away. “Away” means anywhere outside of the slinger’s immediate vicinity: a gully, an open field, or over a wall into a spanking new DC. I was not unfamiliar with this Jamaican urban phenomenon. I knew it by other names though: “helicopter” and “parachute”, the aforementioned used as verbs. “The squatter dem on the gully-bank nuh have nuh water. Dem haffi helicopter (or parachute) more time.”
My Friend had to endure patiently the complaints of the DC’s groundsman:
“Mi nuh really come ya fi pick up shit yuh know, Sar.”
My Friend was squarely put in his place when he called the local police hoping for intervention and assistance:
“Look. We not getting involved in that. Yuh haffi see if yuh can find somebody ova deh fi call and get dem fi sort out dat situation fi yuh. Wi ah tell yuh up front: wi nah deal wid dat.”
And so, My Friend, MBA notwithstanding, had to engage the Special Community Member given the “contract” for “bushing the yard” and seek help from him. The Special Community Member gave My Friend a name and a number: “Call him. Him ah di don fi di area. Him wi fix it fi yuh.”
Don: Noun. Community Leader who enforces the local code of conduct and rule of law. Exists in so-called inner-city communities characterised by high unemployement and poverty.
In speaking with the don, My Friend reminded him that the organisation had dug three pit latrines for the community as part of the project (see how operational costs balloon in a context of utter depravity?) and that he was kindly and humbly beseeching him to intervene and get the community members to use said pits and to desist from kiting going forward.
I knew that the DC owner (a man well known for being a neat freak) was scheduled to visit, and even as I commiserated with My Friend, I rolled in laughter, tears streaming down my face as I conjured up a scenario where Fastidious Owner Man saw one of these “kites” on the ground and kicked it in disgust only to have his foot rupture the “kite” and sink into the soft squishiness of its contents…
I was the only one laughing. Understandably.
I wondered aloud how “kiting” impacted the “Ease of Doing Business in Jamaica” index…I started rolling again. Alone. Again, understandably so. A clear case of “He who feels it (smells it, sees it) knows it.”
So here we are in 2016 Jamaica:
And guess whose constituency all of this is happening in…
#JamaicaNice