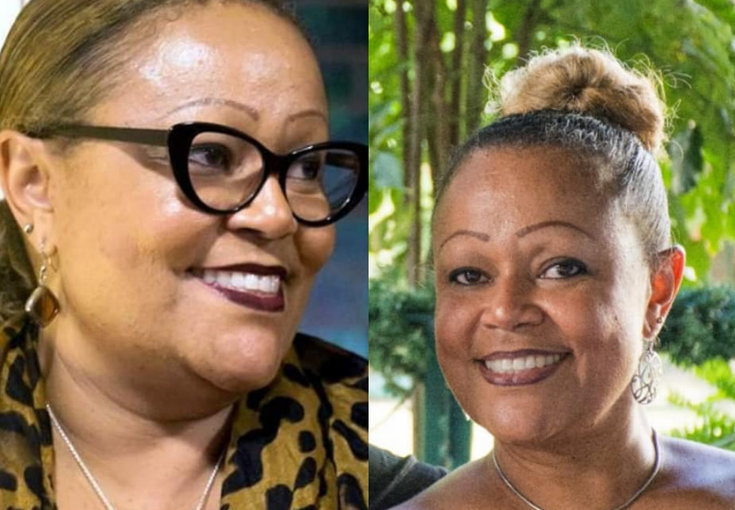 “Low-carb and Invincible!” was my declaration one morning several years ago on Twitter. I was only a few days into cutting carbs from my diet on one of my many, many attempts to lose weight by going low-carb. I remember exactly how I felt. I was in a stressful job at the time, stressful because of the organisational politics and shitty personalities that I had to navigate daily as I tried valiantly to lead my team and deliver. That particular morning, my mind was crystal clear. I was able to focus with lazer-sharp precision. I was more decisive than usual and I was effortlessly channeling my inner and most times hidden “pleasant-yet-firm-and-direct” self. I felt the difference.

I got a response to my tweet about feeling invincible that morning: “IKR? I always feel that way whenever I stop eating carbs.” Hmmm… What was the reason for my more “aligned” state of being whenever I stopped eating rice and bread and flour and sugar?

At the end of August 2017 I decided to commit to going low-carb in a serious way. I hated how I looked and how I was feeling and I knew from past experience that the only way that I had a shot a losing the weight that I was piling on daily was to remove carbs from my diet. I decided to embark on the ketogenic diet and to stick to it no matter what. I was deadly serious. I had hoped to drop more than 10 lbs by the end of 30 days. Why not, I reasoned. I had done this in the past. Well I lost weight, but perhaps only about 5 lbs. No, I don’t weigh. At all. I tend to obsess over numbers and I was determined this time around not to become a slave to the scale, the number that it presented determining the kind of day I’d have. No way. But having lived with my own body for almost 50 years, I had a pretty good idea of what 10 lbs off feels and looks like. I was discouraged at the slow pace of my weight loss. But I knew that this was my best shot at losing weight. And there was another incentive to continue beyond this first 30 days: I FELT GREAT!

Allow me to explain what I mean by “feeling great“. Remember that my weight loss was going slowly, so it wasn’t that I was looking better and feeling proud of my accomplishment in this regard. I had accomplished nothing really in the first 30 days. The way I try to describe this “feeling great” to people is “my brain fog is gone.” Now I’m a pretty switched on woman normally, pretty darned awesome and formidable on a good day! But sometimes my brain feels as if it is overheating when I’m processing a lot. Sometimes I feel the need to take 5 in order to allow my jumbled thoughts to rearrange themselves into something more orderly and rational.

But now, having cut carbs out, my brain was processing with military-like efficiency and precision. I didn’t feel the need to take time-outs. The other change I noticed was in my general mood. For as long as I’ve known myself, I’ve had bouts of anxiety and what my mother describes as “low feelings.” She has them, her mother had them, and at least one of my sisters has them. The “low-feeling” can best be described as a joy-less state of being, the feeling that something bad is sure to happen soon, and if my surroundings were captured in a photograph, the picture would be almost grey in tone, muted if not non-existent colour. Ugh. Well in my just-about-carb-free state, I was seeing everything in colour. I felt buoyant and best of all, I felt calm. I was not joyfully manic. I was even-keeled. The unexpected and undesirable events that occurred on any given day did not bowl me over or set me back. I had the personal resources to cope and deal. I often use the word “aligned” to describe my new normal. I felt like an entire unified being, body, mind and soul working together.

Even my husband noticed it: “You’re so much more pleasant and I’m noticing that things that would normally irritate you are running right off your back.” He tested me periodically…you know he did. And every single time my newly aligned self defied his expectations.

So I’ve been keto for one and a half years now. And yes, I’m thrilled with my weight loss so far. I’m not at goal yet, but I’m the smallest I’ve been in my adult life. I’m typing those words in amazement and with a grateful heart. I’ve been researching the other benefits of the ketogenic diet. I’ve written about keto and PCOS, keto and diabetes, keto and Alzheimer’s. As I’ve widened my social media network to include people on keto and keto advocates including doctors, scientists and nutritionists, I’ve noticed that I’m not alone in noticing the impact of keto on my mental health. I went in search of an explanation.

The ketogenic diet, where you’re eating proteins, healthy fats and very low levels of carbohydrates, results in your body burning fat for energy, instead of the typical carbohydrate pathway. This sets off certain biochemical reactions which naturally have implications.

When you’re on a ketogenic diet, your body produces more GABA, a major neurotransmitter that helps the brain function properly, says one researcher named Wider. When GABA levels are low, you’re more at risk for anxiety and depression. When they’re high, it may help stave off depression, she explains (https://www.womenshealthmag.com/health/a19969172/ketogenic-diet-depression/).

On the ketogenic diet, remember you’re not eating sugar. High levels of sugars in your body plays a role in developing chronic inflammation, a cause of a wide range of psychiatric and neurodegenerative disorders including major depression. There are different theories about how high levels of sugar consumption contribute to developing depression. It is thought that sugar causes a serotonin crash, it increases brain inflammation and it also depresses the natural antidepressant brain-derived neurotrophic factor (BDNF). ( https://thenoakesfoundation.org/news/blog/the-ketogenic-diet-and-depression)

Eating anti-inflammatory food is going to have a direct effect on your mood. Don’t lose sight of that link between inflammation in your body and depression.  Depressed people have higher levels of proinflammatory cytokines — molecules that the body releases in response to inflammation. People with cancer or autoimmune diseases show higher rates of depression. Sure, being sick can make you feel depressed. But scientists say that it’s more than likely the inflammation associated with the illness that’s causing the depression (https://blog.bulletproof.com/depression-and-keto/)

The keto diet can increase your rate of neurogenesis (how often you make new brain cells). Why is this important for mood? A low rate of neurogenesis is linked to mood problems, including depression. A higher rate, on the other hand, has been shown to boost emotional resilience.

Make no mistake about it: diet is a key player in determining your rate of neurogenesis. There are foods that slow it down, and there are those that speed it up. A high-sugar diet (i.e. the opposite of keto) slows your rate of neurogenesis by spiking the insulin levels in your blood. Too much insulin degrades all your organs, including your brain. In one study, rats who ate a diet high in sugar and oxidized (damaged) fats showed impaired cognitive function after just two months. The area of the brain that was most affected was the hippocampus, where neurogenesis takes place. (https://blog.bulletproof.com/depression-and-keto/)

The great thing about the keto diet is that we eat real food, whole food. As with any way of eating though, there is the potential to eat per the diet, but eat crap. And as the popularity of keto has grown, there are people who’ve seen it as a business opportunity and are cashing in by creating all kinds of processed low-carb foods. As I always advise, read your food labels! A recent study from Georgia State University suggests that food additives, such as emulsifiers that extend shelf life, may increase intestinal inflammation and potentially exacerbate anxiety symptoms.

The History of the Keto Diet: Brain Chemistry in the absence of carbohydrates

The keto diet has been around a long time. Remember that it was first introduced in the 1920s to treat people with epilepsy. Researchers found that higher levels of blood ketones (the end product of burning fat instead of glucose/carbohydrates for energy) led to fewer epileptic seizures in patients. Keto obviously impacted brain chemistry!

It is no secret that depression and the brain are closely linked and so researchers have explored the possibility of using keto as a treatment for depression. The results are promising. (https://blog.bulletproof.com/depression-and-keto/)

Note, however, that many of the studies have been done using animals, rats in particular. Feeding the rats on high sugar diets have resulted in less movement, movement being generally regarded as an indicator of mood, and therefore seem to indicate that a diet where sugar and carbs are restricted could result in improved moods. Note though that these animal studies have limited generalizability to humans and there is much more work to be done on the cause and effect relationship between the keto diet and depression in humans.

One thing is sure: I changed my diet to largely removed carbs, in particular refined carbs like rice, flour and sugar, and my mental and emotional health improved, even before I’d lost weight. Could it be that I was finally taking control of my weight, and so that sense of mastery infused my entire being with purpose and joy and self esteem? Perhaps. Could it be that as I began to lose weight, I felt better about myself so my mental and emotional states automatically improved too? Perhaps. I am sure of this though: the first change I noticed upon removing those refined carbs from my diet was a step change for the better, in my mental and emotional states. And others have reported similarly.

Diet & Depression: A Tool to be used with therapy & medication where needed!

I am by no means suggesting that you treat your depression by removing bread from your diet and dialing up the bacon! That would be trivializing what is a very serious issue. Go to therapy and don’t discard your meds just yet ! I am suggesting though, that as part of the management of your mental and emotional health, you look closely at what you eat. If sugar and processed foods have been shown to negatively impact mood because of how they affect inflammation and overall brain health, what do you have to lose by leaving them out of your diet?

Sugar in particular is so closely linked to the chronic illnesses of diabetes, heart disease, hypertension, cancer and Alzheimer’s as well as other conditions such as poly cystic ovarian syndrome and rheumatoid arthritis, that I don’t hesitate for a second to recommend that you should remove all added sugar from your diet. You simply don’t need it. And as for processed foods…why not remove it? Sure convenience is a great excuse for eating them, but with a little planning and minimal effort, you can eat real food easier than you think. At the very least, your physical self will benefit from your improved diet free from sugar and processed foods, and I am convinced, that you will feel better too!

6 thoughts on “Can The Keto Diet Help My Depression?”