Twenty two years ago, while a post graduate student in the Botany Department of the University of the West Indies, Mona Campus, I did a two month course at the Hebrew University of Jerusalem, Rehovot campus. Those were the glory days when USAID money flowed freely through the Jamaica Agricultural Development Foundation, with the aim of creating a cadre of agricultural scientists who could and would tackle Jamaica’s specific agricultural problems head on. I was one of several students who benefited from this funding. We pursued post graduate degrees in agriculture, engaged in on-farm research and solved real life problems.The Israeli government partnered with JADF in sponsoring our participation in this sub tropical horticulture course.
I was struck first of all by the aggression of the Israeli nationals on the El Al flight from New York to Tel Aviv. They were noisy and boisterous and the Hasidic Jews on the flight had no problem congregating towards the rear of the aircraft to say prayers at the appointed time. Flight attendants were hard pressed to maintain order. I remember chuckling to my then 24 year old self at the realization that there were people that matched the aggression of Jamaicans.
The second thing that struck me during my stay in Israel was the obvious unity among the Israelis. The janitor who cleaned the labs was treated with the same respect as the professors churning out scientific breakthroughs, and both groups treated each other with respect. The sight of professors tutoring undergraduate students in the university cafeteria was a common one, very different from my own experience at UWI. Laboratories, classrooms and enclaves were constantly abuzz with activity and vigorous debate.  Knowledge was freely shared.
The other thing that impressed me, and that I still reference to this day, was Israel’s approach to problem solving. Israel is not a nation blessed with fertile arable land and to say that water supply is a challenge is perhaps an understatement. Yet they are the source of many agricultural breakthroughs today.  Think drip irrigation… placing water precisely at the root zone, adding nutrients to said water, enabled crop production on the most marginal of land. It was amazing to drive through the desert and see swatches of green springing up. This was problem solving at its best! How to farm in the desert? Don’t bring more water: use less more efficiently!
Israel produced temperate fruit crops like apples and pears right there in the desert. This allowed them to capitalize on the European markets that are typically out of stock of these products when traditional producers shut down during the winter periods. Israel could have accepted at face value that these crops could not be grown in their conditions because after all, there is a huge and obvious difference between Israel’s climate and that of the temperate producers. But not being satisfied with a simple, obvious answer, Israeli scientists dug deeper and determined that the bud break seen post winter in temperate climes is not as a result of weeks of subzero temperatures, but rather exposure for a specific, very narrow band of time to these temperatures and light conditions. They simulated these conditions on potted apple and pear trees in refrigerated containers and bud break ensued as they knew it would. Thereafter, it became a simple matter to move them to open fields in the desert, feeding and watering them via drip irrigation (what else?) and making a ton of money via elegant, empirical problem solving
So fast forward 22 years to today. We were bemoaning the sad state that Jamaica finds itself in today, where passing IMF tests has superseded our own vision for ourselves and our nation. We were bemoaning the absence of hope and opportunity for our children. We were bemoaning the apparent levels of corruption that compromise decision making and further impoverish us as a nation.  We bemoaned the apparent absence of leadership able to transform our circumstances.  I posited a model for economic development that called for community based enterprises to rise up, provide said leadership, generate economic activity and empower and enrich Jamaica one community at a time. This can only happen through an innovative, pragmatic approach to problem solving.
My father and sister recommended that I read Start Up Nation: The Story of Israel’s Economic Miracle (Senor and Singer, 2011). Suspend your politics for a moment and consider the facts. Israel is a nation that was birthed only in 1948, described by Shimon Peres, former leader of Israel, as “a poor people coming home to a poor land”.  Israel’s only capital was its human capital. They were surrounded by their enemies. They faced numerous economic and political embargoes. Yet still Israel today boasts a phenomenal number of start-ups. They are undisputed leaders in the high tech world that drives product development and commerce today. The book explained the observations that I made two decades earlier.  Senor and Singer proffered a number of reasonable questions aimed at uncovering the reasons for Israel’s relative success: did Israel’s adversity, like necessity, breed inventiveness? Did Israel have more talented people than any other country in the world? Perhaps it was the moderating impact of their military, the Israeli Defence Force (IDF). But other countries have faced adversity, have well developed militaries and possess any number of talents citizens.  Through a number of well documented examples, the authors offered the following as reasons for Israel’s entrepreneurial and innovative successes: tenacity, insatiable questioning of authority (I called it aggression) determined informality (remember the professors and students, ancillary workers and academic staff?) a unique attitude towards failure and risk, teamwork and a mission orientation, and cross disciplinary creativity. 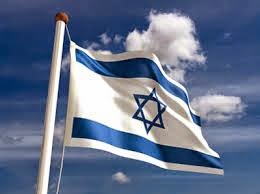 I have tried to identify parallels between Jamaica and Israel, seeking to identify jump off points for us as far as revving up entrepreurship and innovation are concerned. I will touch on the main issues I think that explain why we, unlike Israel, have not developed since coming into our own nationhood in 1962. I dare you to challenge that last statement by the way… we are NOT better off today than we were in 1962. 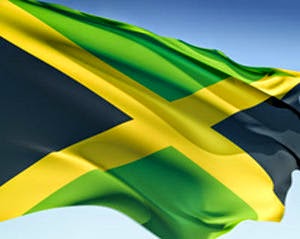 Jamaica exhibits a cultural paradigm that cuts across public and private sectors that I refer to as “a preference for form over substance”. The “right way” seems to be more important than the “right thing”. The result is that we waste time ensuring that we don’t cause offence and we appease the right people at the expense of true problem solving.  Committees are formed and meetings are held and announcements are made and this is all applauded even when there is no transformation resulting from these activities…form over substance. Perhaps, per Senor and Singer, we should reframe our interpretation of aggression as assertiveness rather than insolence, and instead of a label of insubordination, look at it as critical, independent thinking.
Consider too how we treat failure and our approach to risk management. Every military exercise carried out by the IDF is followed by the all important de-briefing. Here is where actions and outcomes are dissected in order to extract those critical learning necessary to raise the bar the next time round. What I observe in the public sector is an entire absence of tracking against goals, and the commensurate analysis that should be done to understand the present state against a desired state. The only meaningful tracking of government performance against stated goals, is a private sector led monitoring of performance against the IMF agenda. Where is Vision 2030 today? My own experiences suggest that the very opposite happens in some private sector settings today. There is goal setting and tracking of performance against these objectives. But a so called undesirable outcome is dealt with by a change of personnel and quiet abandonment of the original plan rather than an empirical understanding of the failure so as to get it right the next time around.  There is very little understanding and appreciation for so-called “smart failures”.
I still struggle with exactly how my (admittedly partially thought through) community based model for development will lift us from our current quagmire. Sure, private enterprises can create internal cultures that run counter to national cultural paradigms of how we perceive authority, how authority perceives itself, form over substance and so on. And certainly, the national benefits to be derived from a private sector which successfully develops an entrepreneurial and innovative culture go without saying.  But I suspect that based on where we are today, there is a critical role that state leadership must play.  You see, Israel had the direct involvement of the state from the very beginning in terms of setting policy and providing funding and setting the direction.  Israel benefited from the pragmatism of Ben-Gurion in the early days, and later on from the tenacity and can (must) do attitude of subsequent leaders. Jamaica, unlike Israel, is blessed with an abundance of natural resources…we have fertile soil, water sources, and raw materials with which to create prosperity as long as we stop abusing our environment. We have a naturally feisty people, but over the years, a culture of patronage and a swapping of colonial subjugation for home grown, ineffective (and I’m being kind here) leadership have failed to leverage our natural inclination to buck the status quo.
Is it beyond us, is it too late for Jamaica to become an entrepreneurial, innovative country and reverse our current trajectory?

2 thoughts on “Transformation through Innovation and Entrepreneurship: Lessons from Israel”