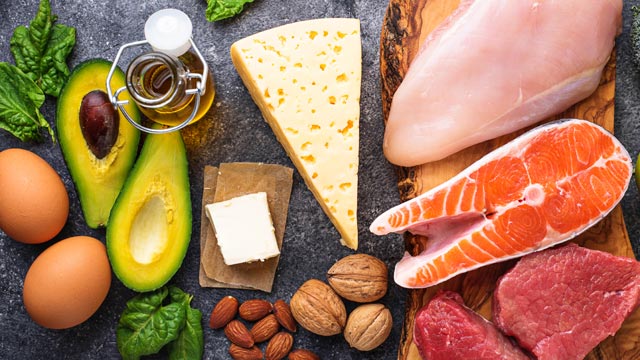 The Reality of Dementia

We’re not sure just how many persons there are in Jamaica living with dementia. There is one study that estimates that in 2010 there were 19,000 persons living with dementia and that by 2030 this number could increase to 31,000.   So many simply accept dementia as an inevitable part of aging. But what if there was something that we could actually do to delay the onset of this disease or slow down its relentless march to take over the brains of those living with the condition? I have been privileged to make presentations on behalf of Alzheimer’s Jamaica, a group dedicated to advocacy, raising awareness and challenging stigma, and the one questions I always get asked is “what can we do to prevent dementia“? So I started thinking…

Alzheimer’s or Dementia: A Clarification

Alzheimer’s Australia National CEO Carol Bennett says, “it is an important time to highlight the undeniable links between diabetes and dementia. The risk of developing dementia in the general population is around 10%, for people with diabetes this risk significantly increases to around 20%3.” There is research that establishes a strong link between blood sugar disorders and the various dementia stages, including memory loss, mild cognitive impairment (MCI), and Alzheimer’s. In some quarters, the link is considered to be significant, so much so that some researchers have labeled Alzheimer’s disease as “type 3 diabetes.” But why and how come this link between Alzheimer’s and diabetes?

A brief history of the Diabetes Epidemic

Diabetes has transitioned from a rare disease to epidemic proportions, observed first in the USA and increasingly in populations once devoid of the condition except in very rare cases. Populations in China, the Inuit in northern America, Native American tribes and Polynesian populations for example, have demonstrated an alarming increase in the incidence of diabetes and more and more people are being diagnosed as pre-diabetic. Why? According to Gary Taubes in his book “The Case Against Sugar”, anywhere populations begin eating Western diets and living Western Lifestyles, diabetes epidemics follow. So what is this so called western diet? One thing had changed as the rate of diabetes increased in the USA: sugar consumption had significantly increased! More and more sugar was being consumed in foods such as cereal, soft drinks and confectionary. When sugar and sugar-laden products spread around the globe, so did diabetes.

Beyond Diabetes: Sugar and Alzheimer’s

So I’ve gone on and on about diabetes. But this is supposed to be a post about Alzheimer’s, right? Stay with me please… People who are obese or diabetic are also more likely to be hypertensive, they have a higher risk of heart disease, cancer and stroke, dementia and Alzheimer’s! These chronic diseases which are so prevalent and fatal tend to cluster together in both whole populations as well as in individuals. They account for five of the top ten causes of death in the USA. Of great interest too is the fact that there are other disorders that associate with these chronic illnesses of diabetes, heart disease, cancer, stroke and Alzheimer’s: polycystic ovarian syndrome (PCOS), rheumatoid arthritis, gout, varicose veins, asthma and inflammatory bowel disease.

The fact that they cluster (occur together) is interesting and informative. These diseases have been linked to a condition known as “insulin resistance.” Insulin resistance is at the root of Type 2 diabetes. Essentially, in the bodies of persons exhibiting insulin resistance, when carbohydrates (sugar) are ingested, the body secretes insulin to digest it. Insulin resistant bodies secrete more and more insulin in the presence of carbs with less and less impact on the efficient usage of carbs. The result is high blood sugar levels as well as high insulin levels.

This is serious! It means that for all those diseases and conditions listed above, if we were to treat the insulin resistance by simply finding a way to prevented the body from flooding itself with insulin that really didn’t do its job, we may find a way of managing or preventing or even reversing some of these illnesses! Could this be done by simply depriving the body of carbohydrates/sugar such that the body had no need to secrete this insulin?

When your cells don’t use insulin the way they should, the mechanics of the brain are affected. Here is how:

Your cells don’t get the fuel they need, so your brain can’t work right.

Your blood sugar goes up, and over time, that can cause harmful fatty deposits in your blood vessels.

Too much insulin can throw off the balance of chemicals in your brain.

These effects on the brain are so strong that some scientists feel that Alzheimer’s related to insulin resistance should be called “type 3 diabetes.”

Keto: A Possible Weapon against Alzheimer’s?

I’ve been on the ketogenic (keto) diet for over a year and half now. I have lost a significant amount of weight and I simply feel much better than I have in a long time. My skin has cleared up, my energy levels are improved, I no longer snore (so I’m told) and acid reflux has disappeared.

I explored the applicability of a low-carb diet such as the ketogenic (keto) diet to chronic diseases such as diabetes and hypertension here. I also looked at the keto diet as a response to the condition of polycystic ovarian syndrome (PCOS), which I’ve lived with, here.

A ketogenic diet is a high-fat, adequate-protein, and low-carbohydrate diet that produces ketones—compounds the body can use to produce energy. Ketones have been shown in studies to be neuroprotective, meaning they “defend” your brain from degenerating. In short, a ketogenic diet could be a great way to ward off Alzheimer’s, perhaps even reverse it! More conclusive research is needed for sure.

So I’ve significantly reduced my own total carbohydrate intake and it has been working for me. I reject the characterisation of the keto diet as a fad. A year and a half later, I’m still doing it. For me, it is sustainable. And I’m not deprived even though I no longer eat rice, bread, flour, sugar, pasta and potatoes. Check out how I do it here.

Perhaps the issue lies with another possible lie we’ve been fed all our lives: FAT makes us fat, and fat is the root of all evil. Proponents of low -carb diets like the keto diet, reject this, and perhaps another blog post is needed to deal with the issue of fats and being fat.

For now, I revel in my own reality, and the realities of so many others, of losing weight while consuming HEALTHY fats found in animal products and nuts while rejecting starchy foods and sugars. There’s a particularly catchy phrase in Ketodom which sums it up cleverly: “Don’t blame the butter for what the bread did!” It cannot be a coincidence that as the “low-fat” craze foisted upon us by the processed foods industry grew, we also grew fatter and sicker as a planet. As food processors removed fat from foods, they had to add sugar to maintain taste and mouth feel. And here we are. Is it really about all the fat?

Do I think that the keto diet is a universal prescription that the whole world should be following? Absolutely not! Not all of us exhibit insulin resistance. We’re all different.

At this point, I think that regardless of our various food philosophies, we can agree on the following as it relates to optimal health and wellness:

I personally advocate the use of the keto diet or any other low-carb diet in the face of diabetes, arthritis and now Alzheimer’s. What do you really have to lose? So you stop eating rice and sugar and pasta if you’re living with any of these conditions. What do you have to lose?

At worst you’ll no longer be eating foods that you’ve had a lifetime of. That’s it. There is no pain or suffering associated with eating fresh meats and fish and vegetables and drinking lots of water. So why not?

Want to dig deeper into the science behind a low-carb diet and Alzheimer’s? Check out these references:

Have you subscribed to my blog yet?

One thought on “Alzheimer’s, aka Diabetes Type 3! Could keto help?”